I have spoken about memory before. In fact, I have come to realise that memory is an important theme in my writing, both in my blog posts and in my novel (what is my novel about? click here to find out). A quote from Angel’s chapter comes to mind:

Memory is a funny mechanism, it only selects what it thinks is relevant and blurs the rest, stores it in a pile that you might or might not stumble upon at a later time. Snippets of the past waiting in silence for a chance to see the light again, for a trigger to let them out. But I will not let them. I am not ready. 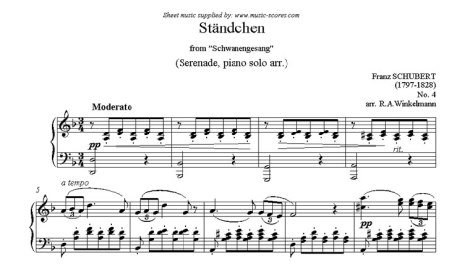 Schubert’s serenade at the top of this post is one of the many triggers in my life. I rarely, if never, talk about my paternal grandparents. I suppose this is due to the inevitable link with my father. But the truth is, they were good people. My grandma was Russian, with flamboyant red hair and alabaster skin. Her hair was dyed of course but she had kept a lock of hair from her youth, red as a cherry. She was an architect and a pianist with slender and towards the end, trembling fingers.

My granddad was Bulgarian and an architect too. I can still see his cluttered office at the end of the narrow corridor. There was a balcony looking out to an inner courtyard where cats used to gather and rummage through the bins. It was a disorderly apartment overall. Like the den of two artists. The walls of their bedroom were strewn with hand-woven tapestries, watercolour paintings and Nature Morte. On a wooden credenza by the window, I remember a set of nesting matryoshka dolls and a pile of rust-coloured, autumn leaves we used to collect from the streets. We would place the leaves on white paper then draw a contour before filling in with watercolours.

The star of the apartment was the old, grand piano in the living room. My grandma taught me how to play quite a few classics like Beethoven’s Für Elise and other waltzes and serenades like Schubert’s Ständchen above. This particular serenade was my granddad’s favourite. Whenever I played it, he would sit on the sofa nearby and simply listen.

It came up on my shuffle this morning and immediately, the trigger was pulled. I remembered the games of backgammon we shared, the fluffy yet malicious Siamese cat named Mutzi strolling lazily around the apartment. I remembered the wall-mounted, corded phone in the hallway and the fictitious conversations I used to have with “the monkey” (the imagination of a child knows no boundaries).

Now they are both gone. They passed away too young; my father’s constant badgering, drunken appearances in the middle of the night and begging for money wore them out. There were other factors of course, but only this one matters to me.

They are gone but the memory remains in the soft echo of Schubert’s serenade.

24 responses to “Memory is a funny mechanism.”

Follow A writer's caravan on WordPress.com
Join 523 other subscribers